An “Apostille” is a form of authentication issued to documents for use in countries that participate in the Hague Convention of 1961. A list of countries that accept apostilles is provided by the US State Department. In fact apostille is simply the name for a specialized certificate, issued by the Secretary of State or Ministry of Foreign Affairs of the countries . The Apostille is attached to your original document to verify it is legitimate and authentic so it will be accepted in one of the other countries who are members of the Hague Apostille Convention.

In 1961, many countries joined together to create a simplified method of “legalizing” documents for universal recognition. Members of the conference, referred to as the Hague Convention, adopted a document referred to as an Apostille that would be recognized by all member countries.

The Apostille Convention provides the simplified certification of public (including notarized) documents to be used in countries that have joined the convention. Documents destined for use in participating countries and their territories should be certified by one of the officials in the jurisdiction in which the document has been executed. 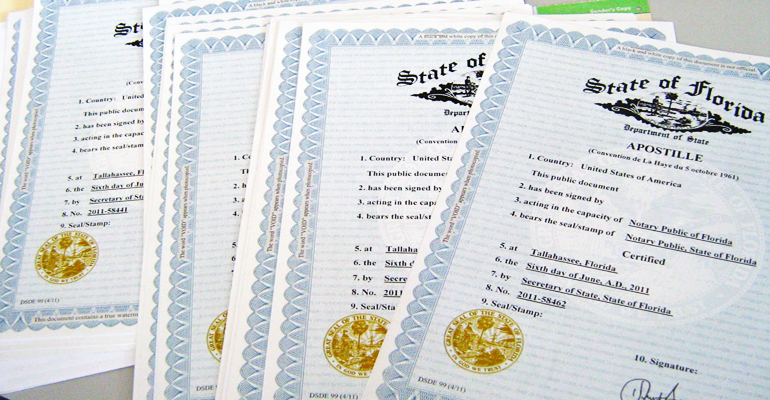 Do not worry about the legalization of your documents if you are completing your education online. Northwest International University provides apostille & embassy legalization services in your resident country. So no matter where in the world you are, we get your degrees verified by the embassy of your country so that you don’t have any problems using your degree for professional purposes.